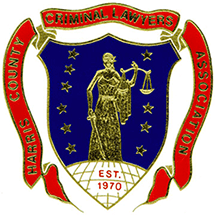 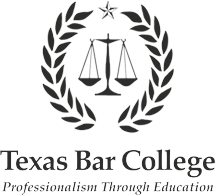 James Rubin grew up in Pittsburgh, Pennsylvania, until his family resettled in Houston, Texas in 1990.  He was raised in a bicultural environment as a first generation American. James’ family immigrated to the United States from Argentina. Growing up, James excelled as a student and athlete, winning notable long-distance running events throughout a period of four years while maintaining a 4.0 GPA.

In 2003, he graduated cum laude from Baylor University in Waco, Texas. In 2004, James was admitted to the University of Tulsa College of Law in Tulsa, Oklahoma, where he actively participated as a staff member of the Energy Law Journal, publishing case reviews related to political and environmental issues.  As a law student in Tulsa, he served as a Judicial Intern to The Honorable Gregory K. Frizzell of the United States District Court for the Northern District of Oklahoma, and assisted The Honorable David. L. Peterson, judge of the Fifth Judicial District in Redwood County, Minnesota, with research in drug-related cases and cases involving the loss of judicial immunity in drug courts by Oklahoma Supreme Court Judges.

Subsequent to his significant trial experience as an ADA, he was hired as a criminal defense attorney for a large criminal defense firm in Houston, Texas, where he worked for nearly a decade. In 2009, James began his criminal defense practice with a firm in The Woodlands, Texas, where he was responsible for the Misdemeanor and Felony Criminal Division.  In his position, James conducted intake of cases, plea negotiations with the District Attorney’s Office, trial preparation, motions to adjudicate or suppress, and drafted legal memoranda.

In late 2009, James became a criminal defense associate attorney for the law firm of Sullo & Sullo, LLP. During Mr. Rubin’s ten-year tenure with the firm, he handled thousands of criminal cases and tried well over 300 cases to jury trial. James currently resides in Houston. His fluency as a Spanish speaker and his understanding of Latin American cultures enrich the services he provides to clients.

Tell Us About Your Case and
Get A Free Consultation

The Law Office of James Rubin, PLLC is ready to help you with your legal issue. The sooner you reach out to us, the sooner we can start protecting your rights.